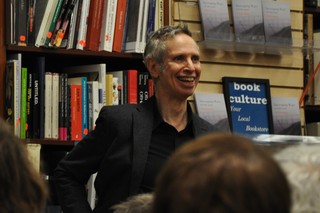 Philip Fried has published eight books of poetry, the most recent being Among the Gliesians (Salmon, 2020). In this book, he continues experimenting with different registers of language, technical jargon, and a variety of literary and non-literary forms, ranging from sonnet, ballad, acrostic, and villanelle to press release and report. His witty and compassionate work takes on a new urgency, however, as he focuses on our alarming present situation. Dealing with such topical themes as mass shootings, nuclear gamesmanship, and threats to democracy, Fried's poems reveal a struggle for meaninful expression when meaning itself is under attack.In the section giving its title to the book, reports on an extraterrestrial society hold up a mirror to our own culture.

Fried's previous book was Squaring the Circle (Salmon, 2017), and he has published work in numerous magazines, including Poetry, Poet Lore, The Warwick Review, The Poetry Review, The Notre Dame Review, Literal Latte, Warscapes, and Plume, Issue 60. He also has 26 poems in Four American Poets, a British anthology edited by Anthony Costello and published by The High Window Press. In addition to writing poetry, he is the founding editor of The Manhattan Review (1980-present), an international poetry journal.

The Spring, 2015, issue of The Poetry Review, which is the journal of the British Poetry Society, contains the following review by Carol Rumens of Fried's book Interrogating Water (Salmon, 2014):

Philip Fried's new collection blazes with wit and fury and impassioned warning. This is the poetry of direct political engagement, which received wisdom says is impossible to write, unless you're prepared to sacrifice the literary subtleties. But Fried operates with immense technical control and never falls into agitprop or hysteria. Confronting the many nightmares of "the security state" (expansionism, the death penalty, nuclear aggression, torture, rendition, propaganda), his poems avoid the first-person pronoun and the mimetic depictions of bloodshed or abuse, but use clashing registers of diction to infiltrate, expose or oppose each other. Sometimes, displacement creates a parodic effect: in the title poem, for example, instructions on how to perform a harmless electrolysis experiment "at home" overlap with the diction of a torturer's manual: "Imagine you are interrogating water, / coercing the hydrogen and oxygen / to violate their bonds, give up each other ..." The instructions alternate with a denunciation of the enemy, water: "Foe of stability, / it erodes in drizzles, / revolts in tsunamis, riots / in floods and from covert puddles / takes part in uprisings." Like the 'how-to' paragraphs, the descriptions of water's subversive activity also insinuate a textbook overtone, and contribute to both the poem's grim humour and its grim authority.
Fried doesn't find his 'mixology' texts only in military manuals and gov-speak. The King James Bible spurs some of his most powerful effects ('On the Record', 'Canticles', "Unnumbered Psalm'). Shock and awe are alive on the page, and chill the spine, in 'A New Doctrine'. This poem revises the Book of Revelations in an apocalyptic scenario, where "the rider called Faithful and True" annihilates "the Balaamites", by means of "tungsten projectiles, lobbed / From space, cratering at hypersonic speeds ..." Realism splices the mythic vision, and rakes the comforting fiction out of the sci fi:

A door was opened in heaven

And the four beasts had each of them six wings about him
And they were full of eyes within, thermal and radar
Sensors feeding data to systems controlling the trigger.

'Practical Mysticism' concerns the genesis and naming of the first nuclear bombs (Thin Man, Fat Man, Little Boy). Its soberly descriptive tercets begin like a creation-myth ("In dormant form, the fissile Godhead appeared") and conclude by detecting "our own image [was] mirrored deep in the formless". Other poems explore biological human processes in terms of geographical analogy: the spinal cord itself harbours "the fanatics of the body's homeland" in 'Homeland Security'. Delusion and aggression, "hubs of primitive faith and bloody vendettas", aren't imposed by gods and warlords; they're encoded in our biology.
Fried's poems demonstrate that whatever is made of language is open to contamination, morality included. As the soldiers in 'Moral Helmets' are advised, "coming soon is a Moral Positioning System / (MPS) to align your firefight decisions / With four or five of the major world religions". But, through their heightened awareness of the mendacity of words, the poems find authenticity, and document a vision of morality almost as a superior form of politics. The nuances of Wilfred Owen's 'Draft Preface' come to mind. "Yet these elegies are to this generation in no sense consolatory. They may be to the next. All a poet can do today is warn. That is why the true Poets must be truthful."


Check out the Spring 2015 issue of Literal Latte, just posted, and my poem "Contraptions": http://www.literal-latte.com/2015/03/contraptions/

British poet Carol Rumens selected "Ballad," from Interrogating Water, as the poem of the week in The Guardian (it was featured for the week 1/5/15 - 1/12/15 and thereafter archived) . You can access the poem and Rumens's commentary on it, at this site:

Following is an excerpt from that commentary:

An outstanding new poetry collection published by the Irish press, Salmon, Interrogating Water and Other Poems is drily described on the author’s website as “poems about aspects of the national security state.” A New York-based American poet with six [five] previous collections behind him, Fried’s work here is more ambitious than it might sound. His new volume is a kind of counter-epic, denouncing through fantasy, parody and other devices a panoply of evils (national expansionism, the nuclear bomb, the “War on Terror,” rendition and torture) while reading them as major moral, cultural, linguistic and indeed biological questions. This collection should be on every English school syllabus – and not only for the valor and vision of its protest. Fried’s thrillingly crafted poetry hauls in language itself for interrogation....

In "Intercepted Texts," his review of Interrogating Water in the July/August, 2014, issue of The American Book Review, Fred Muratori writes as follows:

"... Should a real apocalypse happen—and each day CNN offers evidence that it's well on the way—a lucky survivor might find a tattered copy of Philip Fried's Interrogating Water to be a ruefully illuminating discovery ... In a time of instantaneously transmitted social and news media, we may no longer need artists to be the 'antennae of the race' as they were for Ezra Pound in 1934, but Fried's poems demonstrate that a poet's acute receptivity to language in all its cultural and political manifestations can isolate and amplify the often unintended messages it conveys, no trivial skill in the rushed, roiling miasma of talking points and reflexive opinionating that constitutes what we call information....Implicit in Fried's poetry is the fear that humanity itself is in danger of becoming ambiguous, indeterminate ("our own image was mirrored deep in the formless"), our ostensible autonomy and free will dissipated by "bureaucracies of vapor." As if to underscore this grim prospect, Interrogating Water eschews the indulgence of the poetic I, a central Whitmanic or Dantean persona who guides us through a visionary or nightmarish path of self-recognition. Instead, Fried intercepts and repurposes the ubiquitous, untethered vocabulary of the world in which we actually live and lets it coalesce within our individual consciences, hoping to foster states of heightened attention and awareness...."

Publishers Weekly called his fifth book, Early/Late: New and Selected Poems, “skillful and memorable,” Tim Liardet writing in The Warwick Review called it “deeply subversive,” and Renee Ashley in The Literary Review declared, “In realms between and including the Almighty and actuarial tables, Fried speaks every language faithfully and eloquently. Rejoice! Read!”

Praise for Philip Fried’s other books

Twenty years ago, I knew a young writer and biology student named Philip Fried whose poems were a rush of invention and wit. Now he comes to publication with an engaging series of poems concerning, as Mr. Fried says, “a character named God.” To my mind, they bear something we usually credit to Eastern Europe, a seasoned lively social intelligence linked to a vision of an earthly Boss-God. The richness here is real.

Here in a major new testament the great questions are reconsidered, re-presented—how the large and small inhabit each other, how indifferences allow differences, how the palpable can be the residence of the widest spirit. The graphic and the philosophical, the human and the godly interplay in a quiet attentiveness explosive with realization and recognition. As in one of his lines, Philip Fried “raises his hand like a conductor / assembling silence . . .”

Philip Fried's new book represents much of what I admire in contemporary American poetry. Mutli-layered but never opaque, these poems move gracefully from forest to subway, from a suburban drive-in to the Rodin museum, from post-war discovery to pre-war doubt. Fried's is a Jamesian view of this country and other places, where history is a companion at almost every table, an observer in the schoolroom, in the next seat at the theatre, where wit is tinged with tragedy and vice versa.

Tense with dark wit and wild originality, Cohort, Philip Fried's eagerly-awaited new book, opens exciting territory where poems haven't dared to venture—the toxic side of the Information Age as it veers out of control. . . .